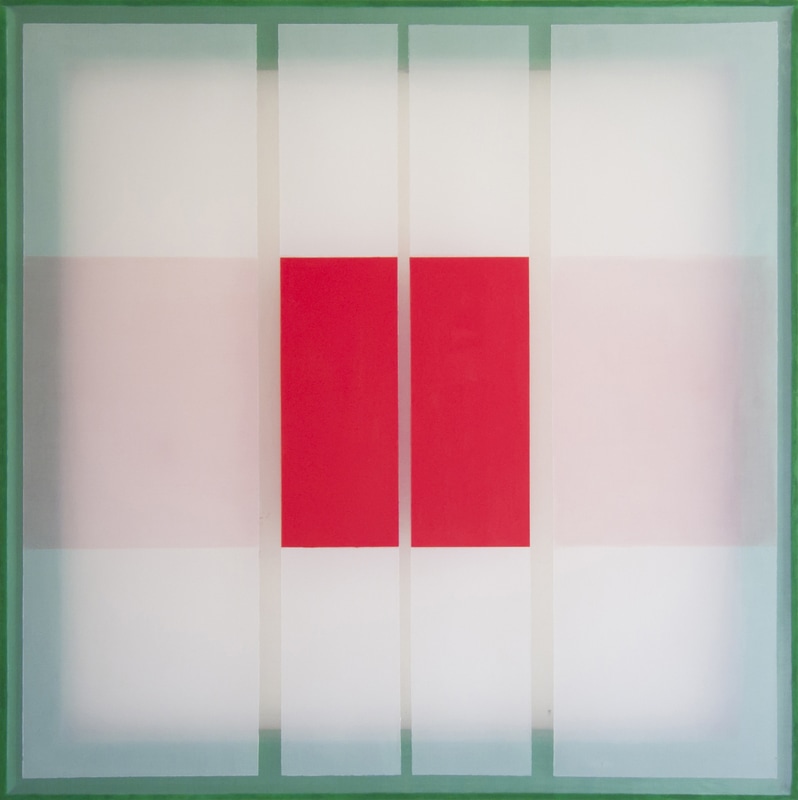 Blur-green-red 2016 30"x30" acrylic on canvas frame
Tadasuke Jinno is a New York based visual artist from Japan. His practice includes painting, sculpture and installation with various materials.He learned graphic design at Tokyo Designer Gakuin College in Nagoya,and worked as a graphic designer more than 10 years in Japan. He came to NY in 2010, and then he went to the Art Students League of NY to study painting. He had a solo exhibition at Tazza gallery, Chelsea in 2012 and 2013, and joined the artist residency program at NARS Foundation in Brooklyn from January to June 2014 and at Pilotenkuche in Leipzig Germany from December 2015 to March 2016 and GlogauAIR in Berlin Germany from February to April 2017. His work has been selected for the permanent collection of the Art Students League of NY at 2013.